The topside computer runs the QGroundControl application and is the device in which the Companion Computer on the vehicle is connected to. The topside computer is where the live video feed and telemetry information is observed. A joystick must be plugged in for manual control.

QGroundControl has been tested and is supported on the following operating systems:

The minimum recommended hardware for running QGroundControl is:

QGroundControl runs well on consumer level laptops meeting the minimum specifications in the section above. These types of laptops are generally made to be used indoors, so they lack bright screens and water resistance for use outside. If possible, try to find a computer with the brightest screen possible. The engineering department of Blue Robotics uses this Dell XPS 15 laptop as of 2020.

If a brighter screen or water resitance are required, then a rugged or semi-rugged laptop may be a better choice. Modern rugged laptops are about equal with their consumer level counterparts from a performance perspective.

With the introduction of the ArduSub system and compatibility with major operating systems, users are building their own topside computer systems, usually into ruggedized travel cases. A high brightness screen (>1000 nits) is installed in the lid and the computer components are located into the remainder of the case.

Below is an example of such a case from Blue Link: 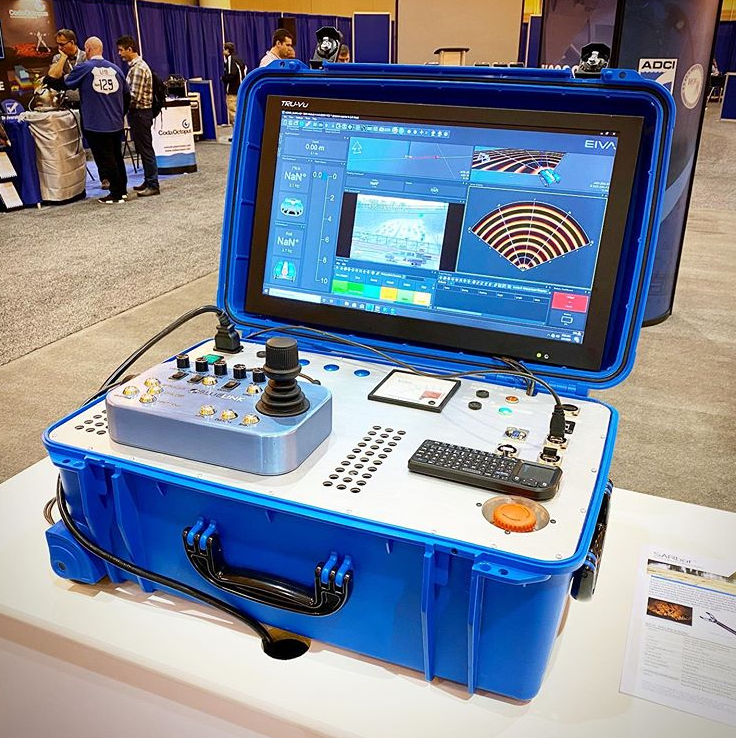 Althugh QGroundControl can be downloaded onto these operating systems, ArduSub is not supported on: